Image by James Chan from Pixabay

Why turn to Edith Stein when discussing the care for the dying?

A first evident answer is that she is wrote a seminal work on empathy, and empathy will clearly be important when accompanying the terminally ill. A second, less obvious, answer is that she has composed a profound piece in criticism of Martin Heidegger’s Being and Time, in which, among other things, she challenges his philosophical account of death[1].

Let us begin with a brief discussion of the second answer. In the present booklet[2] Guido Miccinesi argues that today some of the core elements of Heidegger’s existentialism, though phrased in esoteric language, have effectively begun to exert a broad influence on the way people think. How is it possible, for instance, that recently requests for euthanasia are being expressed by patients in palliative care, with their physical pain well managed, when the whole initial purpose of developing palliative care was to present an alternative to the temptation of euthanasia? What is at the root of a request for euthanasia or assisted suicide if such request is not motivated physical pain? Or how is it possible, we may ask, that a Swiss organization that provides assistance to suicide would choose to go by the name of Dignitas (“dignity”)?

At the basis of these phenomena there would seem to be a certain view of life and death, one that we can find expressed to some extent in the thought of Martin Heidegger (and in existentialist thought quite in general). For the German philosopher Dasein, human existence, becomes authentic in its confrontation with death. Our being-toward-death delivers us from the mode of being that he calls das Man, the they, which is shallow, everyday existence lived in the company of our fellow human beings. Confrontation with death draws us out of das Man, radically isolating us and causing existential anguish before the great void of nothingness. Here, then, what is needed is a resolute decision about ourselves, which allows us to achieve our authenticity or true being.

For Heidegger himself, to be sure, being-toward-death, resoluteness, and authenticity do not amount to endorsing suicide, which he considers an act of despair that obliterates Dasein.[3] In a biting criticism of his former teacher, Günther Stern Anders draws a different conclusion from Heidegger’s approach and links Dasein to suicide in a most intimate way:

Whether or not this conclusion follows from Heidegger’s premises with strict necessity, it would certainly have some sort of plausibility: if we come to our true self only as we confront death by ourselves alone, resolutely choosing ourselves before the void of nothingness, then death by suicide may arguably be the uttermost affirmation of our autonomy and self-determination and thus the highest expression of our dignity, at least in the face of debilitating, terminal illness, if not quite in general.

2. Interpreting Death in the Light of Life

According to Miccinesi, Edith Stein’s contribution in this context helps us to formulate and understand better what we truly fear when we are afraid of dying. On the existentialist position, we experience an existential Angst, an anguish before death because we are afraid of nonbeing, of isolation, of meaninglessness. In her own experience, particularly while she was accompanying the dying when working as a nurse during the Great War, Stein has made a different observation. Death is first understood intersubjectively. We first experience the death of others before experiencing our own death. Reading Stein, Miccinesi then introduces the important distinction between “anguish elicited in the face of dying, that is, in the face nothingness, and anguish over dying, over the displeasure of losing one’s life.”[5] He concludes with profound insight: “There is therefore an element of love and appreciation of life in the suffering of death.”[6] Here I would like to recall the last words uttered by Charles Péguy as he was fighting in the trenches of the First World War and a bullet hit his head. His fellow soldiers reported him as saying: “Oh my God, my children!”[7] In these last seconds of his earthly existence, there was no trace in him of a fear of nothingness, but a sheer pain at the recognition of having to leave behind his life together with those he loves and for whom he carries responsibility.

While Martin Heidegger interprets life in the light of death, Edith Stein interprets death in the light of life—a life one loves because there are people one loves and whom one now loses. Miccinesi explains how Edith Stein insists on “the communal dimension of the loss, on the empathy to be reserved both for those who suffer the death of another and for the dying person him- or herself, who suffers spiritual pains, which, though different, are characterized by the same loss of love.”[8] The pain of death is a pain of loss, not only for those left behind, but also for the dying. In what to my mind is one of the central contributions of the present booklet, its author concludes: “Mettere a fuoco l’importanza dell’amore nella morte e nel morire si rivela oggi una acquisizione fondamentale per l’accompagnamento del morente.”[9]

3. A New Light Shed upon the Question of Empathy

If it is true that the primary reason why we fear death is that we love life—and not because we are in anguish before the void, or because we are isolated, or because we detest passively undergoing something not resolutely chosen—then the question of empathy with the dying will receive a new and important light. The author argues that empathy is a virtue and defines it, following Stein, as the capacity “to feel the other, from the inside.”[10] It is not merely a passion, a character trait, or a part of our neuro-chemical makeup, which would make its presence or absence a matter of personal fate or luck. Rather, as a virtue it can be practiced and cultivated. By acting on this virtue one manages to render present to oneself the other’s inner experience, such as his or her joy or pain.

Empathy is neither compassion nor consolation, though it is necessary properly to guide either. Compassion just by itself can go much amiss. It refers to the way I feel in the presence of another’s misery. But truly to understand how the other feels, to make present to myself his or her pain and properly to respond to it, I need to be able to put myself into the other’s shoes, trying to take on his or her perspective. One may kill someone from compassion. One will not do so from empathy.

Empathy allows us to be close to the other. In the case of accompanying the dying, it allows us to understand their struggle as they are moving back and forth between hope and desperation. Empathy, Miccinesi argues, requires truth “a partire da una corretta posizione di fronte alla morte e al morire.”[11] Empathy allows us to read the other’s struggle with death in truth, and only in this way can we accompany him or her in a way that is helpful. According to the author, an emphatic reading of the struggle lived by those who are dying and of their requests uttered at that stage reveals one predominant concern: “Tell me that you will miss me!”[12] Indeed this is a phrase that runs like a refrain through the present book, while the response “I will be close to you” gives it its main title. According to the author, also “La domanda eutanasica è suscettibile di lettura profonda,”[13] that is an empathetic reading, revealing itself as the patient’s request to be confirmed and to be cared for. “La domanda eutanasica è ancora una domanda di cura, ma deformata, divenuta cioè contradditoria e irricevibile.”[14] It is a request by which the dying asks, ‘Tell me that you will miss me, that I am important for you, that it is good that I exist’.

The present booklet encourages us to interpret our fear of death in the light of our love for life. And we love life to the extent that there are people in it whom we love and inasmuch as we know ourselves to be loved. The main concern of the dying, then, turns out not to be so much different from the main concern of the living. In fact, there would seem to be a strict correspondence between our way of living and our way of dying. We want to love and be loved. Truly empathetic accompaniment of the dying will proceed by keeping in mind this basic need, certainly by seeking as much as possible to reunite family around the deathbed, even if scattered and estranged, thus giving occasion for reconciliation. Healthcare personnel, too, will always have a role in communicating to the dying “You are important to me! I will miss you!”

Finally, we might add here, if what is really at stake in the fear of death is the love of life intimately connected to the pain of loss, then understanding the simple fact that, for something to be taken away, it first had to be given, assumes decisive importance. The reflections addressed by Hannah Arendt to her friend Mary McCarthy on the occasion of the passing of a mutual friend can also give guidance to the dying and those who accompany them in dealing with the final loss:

For Arendt, and it seems rightly so, such remembrance of the gratuitousness of life has a crucial significance in facing death, which is why on another occasion she concludes: “What ultimately stills the fear of death is not hope nor desire, but remembrance and gratitude.”[16] 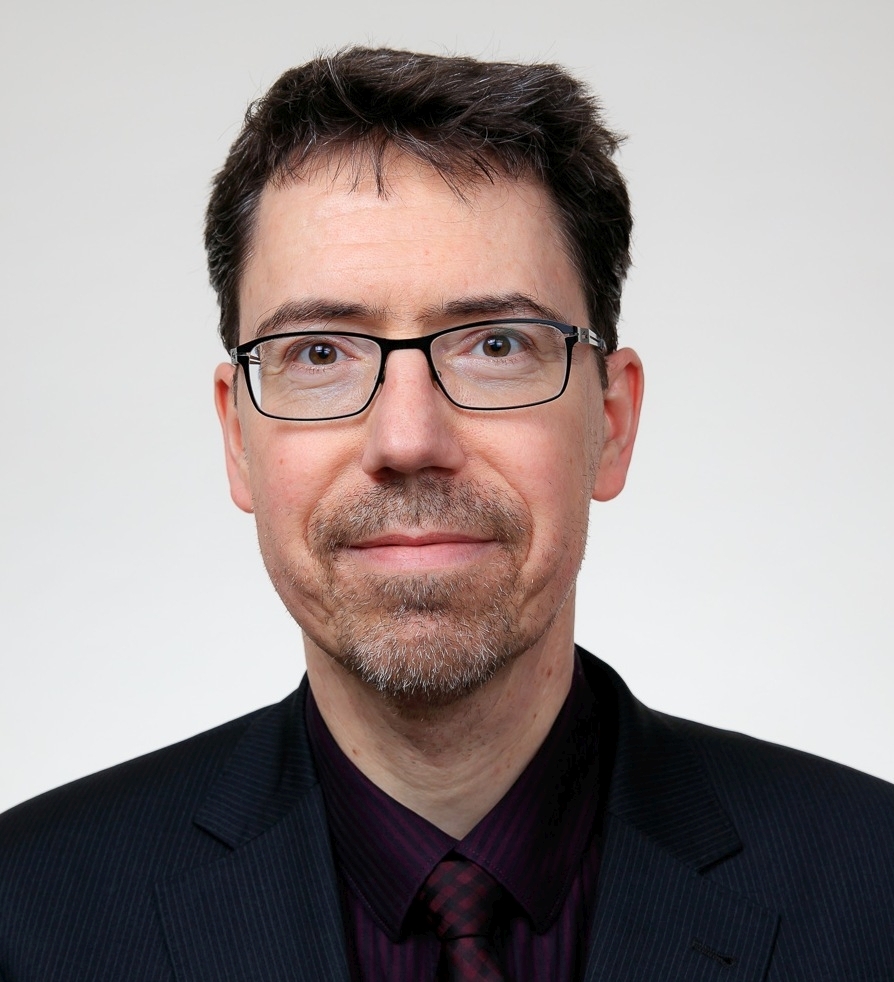 One thought on “Fear of Death and Love for Life: Edith Stein and the Encounter with the Dying”